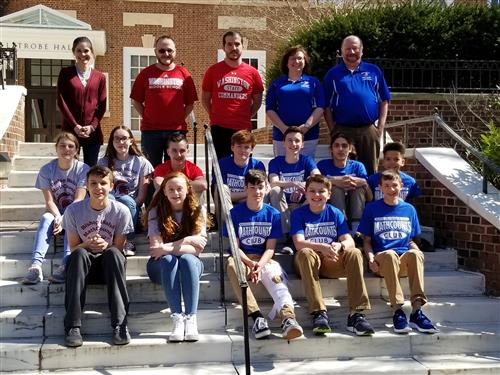 On Saturday, March 16, 2019, 36 regional middle school champs and qualifiers from across Maryland met at John’s Hopkins University in Baltimore for the Maryland State Mathcounts Finals. Allegany County was represented well with teams from Braddock and Bishop Walsh, as well as individuals from Braddock and Washington.

Fresh off of its seventh straight regional championship, Braddock defeated 28 finalists and finished in the elite eight. This was the highest finish for an Allegany County middle school in sixteen years. 253 of the top math students in the state took part in the very difficult four-hour competition.