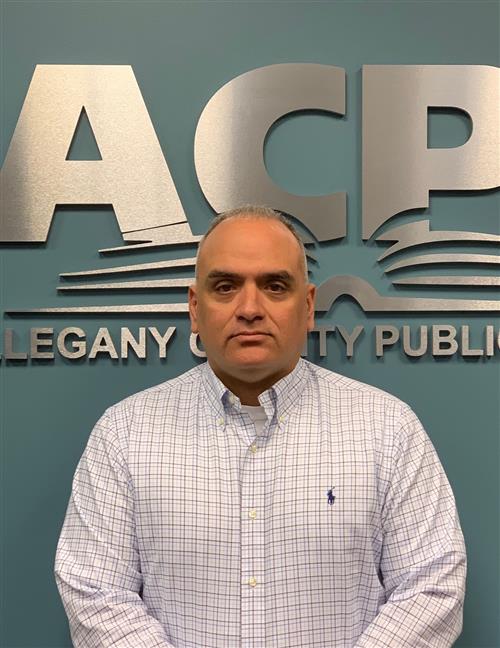 Mr. Jeff Blank, Interim Superintendent of Schools, has named Anthony Rumgay as the school system’s new Assistant Supervisor of Student Support Services and School Safety, filling the vacancy left by Matt Marlowe who accepted a position out of the area.

Mr. Rumgay graduated from the Eastern Shore Criminal Justice Accademy before earning degrees in criminal justice from Allegany College of Maryland and Frostburg State University. He spent the past 25 years working for the Cumberland City Police Department in a variety of capacities. He began his career as a patrolman with in 1994 and was moved to the C3I narcotics division in 2001. Also in 2001, Rumgay was promoted to Corporal, a title he held until his next promotion in 2008 to Sergeant. In 2010 he was moved to the patrol division as a squad commander, a position he held until his retirement this year.

“I am thankful and honored for the opportunity to work in the Allegany County Public School System, and I understand that the responsibility for student and staff safety is paramount this day and age,” said Mr. Rumgay. “I am looking forward to my new role and to becoming acquainted with the students and staff in the school system.”

Mr. Rumgay’s official start date with ACPS is April 16, 2020. Until that time, anyone with a Student Support issue, such as bullying, should contact Dr. Kim Kalbaugh, ACPS Chief Academic Officer, at kim.kalbaugh@acpsmd.org or 301-759-2053. Safety or security issues should be directed to ACPS School Security Employee, Mr. Bryan Hughes, at 301-697-2072.